Available in paperback on Amazon

Writing is turning my pain into art.

Writing has been therapy and coping mechanism to deal with things that threatened to drown me. I still surprise myself at how far I’ve come and how much healing, grace and joy that I’ve received.

I wrote the first book ‘Out of The Silent Breath,’ in doubt of my capability to do it.  This second poetry book ‘Unbridled,’  is written not just for me, but for love and those who keep me sane.

Unbridled is written for souls hurting, for healing and becoming.

It is served to be well-thumbed and mulled over.

Written in free verse each poignant poetry vibrates with a life of its own.

The author’s words epitomise the poetic impulse to capture concentrated images from experience and observing life’s moments; impassioned, ecstatic, sad, fiery, sensual; they are naked intimate expressions saying as much as they can say in few words.

To purchase, check this link.

Simobi hissed and muttered to herself as she mixed the potion for the cane. As the daughter of a renowned witch-doctor, she knew her charms. 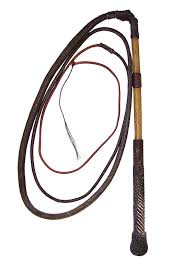 She hated the idea of being relegated to the position of an abandoned wife; no one would make her the spectacle of wagging and pitying tongues.

Ekwenti and his kinsmen had gone to bring back her husbands’ new bride – a young maiden who would give Ekwenti more male children that he desired.

Stroking the ‘koboko’ with the potent potion, she uttered her commands to the cane and nimbly went to Ekwenti’s hut to replace his old cane with the new one and also replenished the powder in his snuff box.

By the cock’s crow the following morning, the smacking love play of Ekwenti and his new wife had reached a painful crescendo. The young bewildered bride was seen hobbling back to her clan as hastily as she could, while dear Ekwenti lay prostrate in anger with painful welts received from thorough caning and Simobi soothed his pains with gentle ministrations.

Koboko: a special cane used in Nigeria to restore someone’s thinking back to its default settings 🙂

They stole glances at each other
a lump formed in her throat
as she admired his rippling muscles
and warmth pooled in her belly
when he winked at her.

Their love was growing wild
on forbidden ground,
even when they knew that they should be apart
She, a freeborn daughter of the manor
He, a slave from the other side of the Sea.

“Relationships is certainly more than holding hands, more than going on dates, kissing and sex. It’s about accepting your partner’s flaws, warts and all and seeing the perfection in an imperfect person. It’s all about finding happiness with each other and being yourself.” Jacqueline Oby-Ikocha

Okay, so the imagination might be mine, but I like to imagine what people are saying as I enjoy watching them, so from the gentleman’s earnest gestures, I read:

Yeah, yeah, I’m a die-hard romantic, but where would we be without a bit of romance in our hearts? 😉

Anna’s  blog, following self-actualized events is a new discovery of mine. Her candid posts are quirky, engaging and shows a writer who has given much thought to a subject. Refreshing.

Upward Spiral Michelle’s health, wellness and fitness blog is an upbeat blog with posts that resonates with one. We are all on a quest for the key to lifelong health and fitness.

Glad we me or glad we net? When we meet on the internet do we net or met or both ‘netmet,’ 😉 ?

Rift The vivid action in this chapter is compulsive. I wonder what thoughts go through the minds of those who witness earthquakes? Scary.

‘Shopping is better than sex. If you’re not satisfied after shopping you can make an exchange for something you really like.’ Adrienne Gusoff

A hilarious quote, but true enough 😉

The shopping must have gone well. Now they want to ride a horse 🙂

It was the perfect wedding. The sun had shone just at the right proportion. The storybook garden where they shared their vows was dreamy. Everything was as it should be. Sublime.

Yet Cecilia felt some restlessness in her spirit. Helmut is a perfect match. Mother loved him very much and approved of him. Even her picky friends liked him well enough. They considered him the dashing, wealthy European.

Their marital vows felt like a constriction to her vocal chords. She shook off the inner voice and focused on the sizzle. She loves Helmut, he’s a passionate lover and even as every cell in her body screamed ‘don’t‘ she said I do.

It didn’t take a long time for her to realize that the marriage was a huge mistake.

Helmut’s perceived candour turned to blunt cruelty. His passion became an obsession. He smothered her to death.

Fascinated with her object of desire.

Her sharp canines sank into the succulent, throbbing spot

Down to it’s juicy laden core.

It spurted red in blissful giving.

She licked and drank with the thirst of one who knew no bounds.

Greedily, lasciviously, she took and she gave.

Her eyes gleamed with so much tenacity.

He laid back replete in satisfied bliss.

Consistent habits can become defined and after a while forms our characters.

Sometimes in these character mix we find certain habits picked up, which are not only unsavoury, but serve no meaningful purpose whatsoever.

I have my own fair share of habits that I am still trying to let go of, so that I can have room for more positive growth in my life.

Recently, one major challenge has been late night nibbles. Sometimes, I can go for weeks without doing so, then something goes off somewhere and I am back to a frantic bout of the nibbles. A big work in progress here.

However, one of such habits that I have been successful with, was my abrupt decision to stop reading books that I have no better words to describe them other than calling them licentious, x-rated pornography in literature, the only thing they lacked were depicting coloured pictures to match their words.

My curiosity was sated, my conscience was annoyed with me, no particularly worthy knowledge was gained from such dalliance on my part except some vibrant imaginations that were unfortunately painted on some part of my brain cells and it was not a regret to dump reading such drivel by the wayside.

I pencil the past readings down as research, but my money will not go to fund such further waste of my time.

Tell us about something you’ve tried to quit. Did you go cold turkey, or for gradual change? Did it stick?

Entangled in the first kiss,

Hurtling off to the bed sheets,

A hurry to meet,

It’s a tangle of feet.

The ardour cools off and off goes the heat,

They sigh and ponder, where is the love beat?

Off to search for the next hit,

To satisfy the hungry lust,

Seems to be a must,