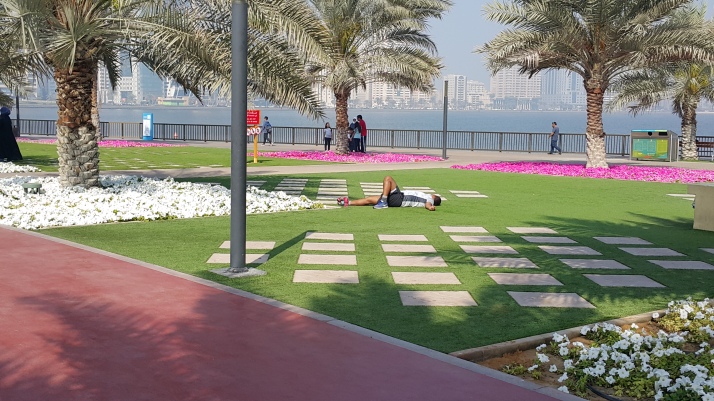 From yards away, I saw her. Seated in a yoga pose on the brown bench, her back to the early morning sun, my quiet musing was interrupted.

Like a dog that sniffs at the air, I sniffed at the aura surrounding her and within a stone throw, I saw the unwitting frown line that dug into the sides of her lips; they were at odds with the smoothness of her forehead.

She raised a flask, took a sip and dropped it, all the time her right fingers tapped on her phone with speed that belied her pose. I watched her with more interest as I drew closer, my brisk steps slowed down a notch.  I saw a tear as it escaped and raced down her pinkened cheek.

It could have been easier to avert my eyes and pretend I neither saw her nor witnessed her private pain. I didn’t want to embarrass her, yet, I couldn’t resist slowing down and deliberately saying hello to catch her eyes.

Her expressive dark brown eyes shared its story in that brief moment of raising them to look at me.

I smiled. I was smiling not just at the physical person that I saw, but at the soul within.  I didn’t know what her burdens were and what the secret in her melancholic eyes was, but I hoped that in offering her that smile and nod, I offered her a prayer that made her know that yes, everything is going to be alright. 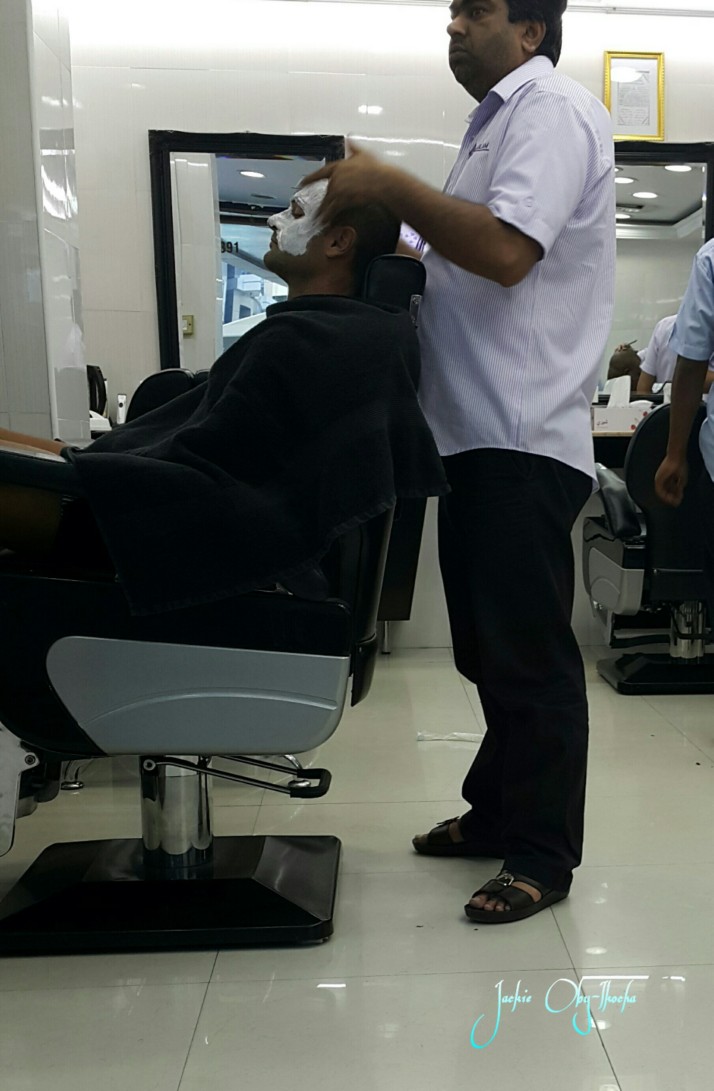 I honestly don’t have the right words to describe my reaction when I took a long walk yesterday and came across this Caterpillar with the man fast asleep under it. Look at the left side of the photo. Under the heavy artillery is a mound of a human being.

I was STARTLED! First off, I was ALARMED. I thought he was dead! Then I stooped low and heard the grunts and snoring. I felt relief, sad and worried all at the same time. What if he inhaled sand and choked? Did anyone know that he’s under this heavy duty machine?

I looked around and saw another fellow sitting with a far away look in his eyes’ – unfortunately, he didn’t understand one word of English, but my pointing and gesticulating might have come across to him – or maybe he ended up thinking that I’m one crazy black woman.

In a World that has been increasingly hectic with ugly and disturbing news, I make it a point to look out each day that I’m opportune for that little thing that makes me smile. It may not seem like much, but these little things warm my heart.

Watching this dad adjust his daughter’s tie, rearrange her hair and hold it up with a scrunchy, is one of such smiley moments for me.

Find something to smile about today 🙂 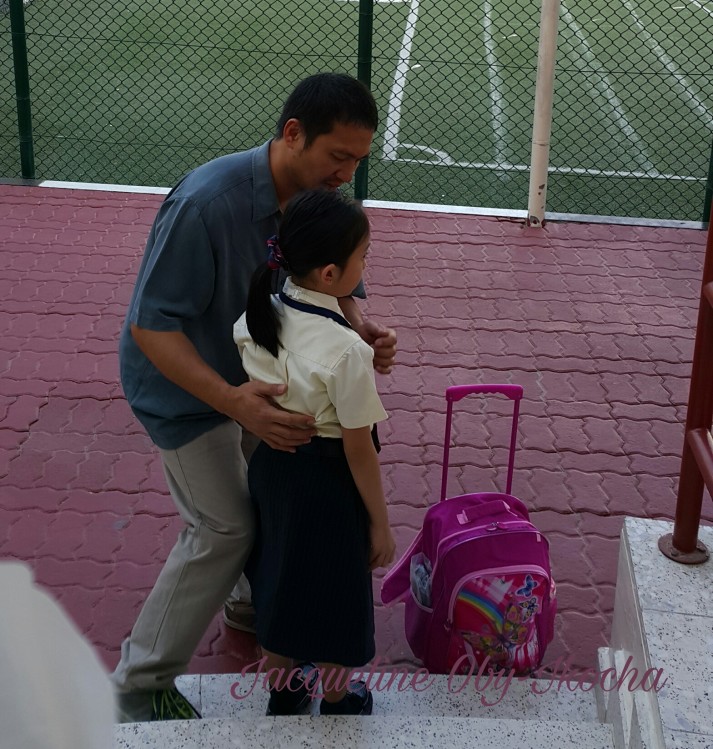 She strolled past me, a better part of her visible body covered in tattoos. I caught sight of the Dragonfly on her back and giving in to my curiousity, I  walked up to her, said hello, complimented her dragonfly and engaged her in a brief conversation.

Her body art serves as a cover for scars from injuries sustained in a car accident. She asked if I thought they were too much and I said no, that I could imagine the tattoos were prettier to look at than the keloids.

She smiled, stood still and obliged me with a photo 🙂

I did a little research on the dragonfly and found this information:

In almost every part of the World, the Dragonfly symbolizes change. Change in the perspective of self-realization. The kind of change that has its source in mental and emotional maturity and the understanding of the deeper meaning of life.

I may never come across the Dragonfly lady again, but I’ll remember the warmth in her eyes and the pleasure received from the conversation.

My conversation with the tradeswomen below:

“We take small items from the wholesaler on credit to sell. We only earn commissions and maybe extras from the profit of the original amount. Some days sales are poor, but it’s better than doing nothing.”

“It’s difficult to make savings from this, but I hope one day to save enough to have my own small kiosk.”

I ended up buying a whistle 🙂

I have found that once you approach people decently and engage in a conversation, within split seconds, you learn not only a bit more about them, but these little conversations make me pause and be thankful. They make me smile, laugh or sober.