I am a consciously living soul. I am kind, empathetic, loving and respectful of others.

This is a lovely affirmation from Bella.

Thoughtsnlifeblog: I am free from all waste and negativity. I am happy and light.

As a parent, all we really want is peace and quiet – but if you have more than one child, that’s never really the case. If they aren’t playing rambunctious games that you’re worried might just shatter your home into pieces, then chances are they’re fighting as loudly as possible – and this might happen even more if they share a room. Not having your own space can be rough on kids, but luckily there are things you can do to make it easier on everyone.

If they’re having problems separating their possessions from each other’s, then add room dividers so that they have the illusion of having their own space. It’s important, especially as you get older, to have your own private space. A lot of kids feel happy and secure knowing they can go into their rooms and close their doors for a little breathing space – but if this isn’t possible for your family, putting dividers across the room might do the trick, whether they’re folding ones or simply a curtain that can be pushed back.

Give Them Separate Storage

You’ve probably already heard numerous fights about who stole someone else’s favourite toy – honestly, it can be exhausting to have to deal with. You can get around this by giving them separate spaces to store their toys and possessions, along with another container for toys that belong to both of them.

Move Furniture To Give Them More Space

If there isn’t much floor space so they tend to be crammed in together, then why not go for children’s bunk beds? This will free up a lot of the room, and it’ll also help them to feel a little more alone as they’re trying to get to sleep at night. Bear in mind that this might make dividing the room into two a whole lot harder – but the extra space might just be worth it.

Give Them Another Place To Do Homework

Make sure that there’s another place in the house for your kids to do homework or to go to generally be quiet and have their own space. It’s crucial for every child to have their own quiet orderly space to study, and if they’re being interrupted by a sibling in their shared room that might be hard. It’s also important for them to know that if they need to, there’s a place in your house where they can go to chill out and destress and be alone.

It’s important for you to show them what good communication is. Make sure that you and your spouse are always polite and loving towards each other, and that you apologize after any disagreements or harsh words that you might have. If you encourage your kids to do the same thing when they have disagreements with each other, you’ll find that they’ll be kinder and more gentle with each other and that fights will get resolved much more quickly.

Every Tuesday, I share snippets of thoughts that I call ‘My Thinking Corner.’

I would like to invite you to participate. The challenge is quite simple.

Each Tuesday, share your very short snippets of positive, inspiring, motivating, health, spiritual, writing advice, clips, posts etc, that can serve as a prop to motivate others and simply add my link to your post.

I call it my thinking corner because, I actually take out a bit of time just to think through things, encapsulate my thoughts as much as possible and detoxify my mind.

It might work for you in a different way, but the idea is to get the positive thoughts flowing.

Please send in your little thoughts. You never know whose life you might inspire.

This is Rosema of Reading Writers little nuggets Small Choices. In-depth in brevity.

The gift called today from Oba of the King’s Oracle fills me with beautiful thoughts.

Tuesday’s thoughts by Bisi of Femininematerz connects the dots of rising to the skill of your art.

Deep thoughts of Trickles and Tears from Diane of Ladies who lunch reviews.

Persevere. These very few words from simply me speaks very loud and clear. 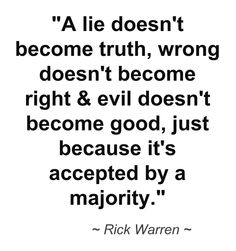 There are some humans who are such inveterate liars that even the combination of lie detector and truth serum will not be able to drag the truth out of them.

Lying has become such a habitual thing to them that they don’t even know the truth if it jumps up and bites them in the butt.

They have told those lies to themselves and others so much, that it becomes a distorted truth in their minds.

When such people tell you good morning, you better take a very good look out of your window. You shouldn’t trust them as far as you can throw them.

Honesty and integrity should be a key character for me to relate with any human and once it is clear that you are a liar, your trust quotient becomes non-existent and unfortunately, whatever you say will be heretofore taken with a pinch of salt, if taken at all.

I respect the truth even if it is bitter. It is better to deal with. Telling a lie about a bad situation simply makes it worse.

That said, if I come in possession with one vial of truth serum; I wonder why only one vial, I think I shall first test it on to all the lying politicians especially those from my home country.

They have been hell bent on robbing a richly blessed Nation blind in the bid to cripple it’s economy with corruption and to the detriment of its citizenry.

It would be interesting to hear them sing their confessions like canaries about where they hid their stash of stolen booty which they will be made to restitute.

It makes me so unhappy to watch citizens of a society richly endowed with natural resources live in penury, while some hopelessly unprincipled leaders selfishly and greedily grasp that which is for general commune.

You’ve come into possession of one vial of truth serum. Who would you give it to (with the person’s consent, of course) — and what questions would you ask?

Entangled in the first kiss,

Hurtling off to the bed sheets,

A hurry to meet,

It’s a tangle of feet.

The ardour cools off and off goes the heat,

They sigh and ponder, where is the love beat?

Off to search for the next hit,

To satisfy the hungry lust,

Seems to be a must,