An important factor that holds your readers’ attention from the get-go is the voice your article/book/post is written in. Readers prefer active voice sentences and writing in the active voice communicates our message effectively. The active voice makes your writing stronger, less wordy and tiresome. It clearly identifies an action and who is performing that action.

On the other hand, writing in the passive voice which is a common mistake that could easily slip into your writing fails to hold your readers’ interest and simply makes your writing boring and hard to read.

How to Recognize and Eliminate Passive Voice

In the active voice, your subject is doing the action.

In the passive voice, the subject is acted upon.

Reading these two sentences you know that it doesn’t sound natural or seem right.

Another easy giveaway of the passive voice is to look for verbs stuck together. A passive voice adds other helping verbs such as ‘to be, being, has been, will be, are, is, was, were’ to a verb that could stand alone.

Your active voice resembles spoken language. When we speak, we automatically speak in the active voice and our writing should mirror this.

For instance, you would never say:

My bicycle (subject) was ridden (action) to the park by me.

Instead, you would say:

I (subject) rode (action) my bicycle (object) to the park.

As always there’s an exception to the rule where the passive voice is preferable: Read more…

She said to me.
there’s a storm brewing in my soul,
and chaos sits in the pit of my stomach

and I said to her,
grab the sails and ride the treacherous wind,
write up a storm and smash chaos with your words.

Struggling with your challenging essays and dream to become a successful student? Academic writing is not easy but the truth is that your success in college mostly depends on how well you can write academically. Unfortunately, we are not born good writers. If you want to improve your writing skills, you must work hard and be ready to make sacrifices. There are things you need to give up to succeed in your class.

College is really fantastic and the most memorable time for everyone but it’s a great challenge as well. How can find enough time for studies and having fun with your friends? It’s really hard to get down to work and write your essay when there are always a lot of people around you and every day could be an exciting party if only you wanted to. Socializing is great but you should remember that you are in college to study and gain new experiences necessary for your future career. You should learn to say no to going parties and hanging out with your friends when you have homework to do.

Devote Your Time to Writing

No one can expect you to become a confident writer in a few days. You should plan your time ahead and work every day. If you work consistently, your skills will improve and you will write better. Besides, academic essays are complicated projects and require a lot of planning, doing research, outlining, writing, revising, editing, and proofreading. So, you should say no to laziness and procrastination when you have several papers to complete.

Many students cannot resist the temptation to procrastinate and waste a lot of time instead of working hard on their assignments. Sometimes, they remember about their essays on the nights they are due. Luckily, they can always get fast and cheap help online.

You just have to find the best cheap essay writing service and ask: “Write my assignment for me!” If you are lucky to find a reliable custom writing service, you will be able to sign with relief even if you have to submit your paper tomorrow morning. Experienced writers work fast. So if you decide to buy cheap papers as a way out of a messy situation, make sure you deal with an essay writing company with a good reputation that has experienced writers on the staff.

Give Up Unhealthy Choices

We all know that junk food can be tasty. It can be enjoyable to play video games the whole night instead of going to bed early. It’s hard to exercise regularly instead of watching an exciting TV series. But when you live an unhealthy lifestyle, you may end up being burned out and it’s impossible to study hard if you don’t feel well.

So if you want to achieve more in your studies, you should consistently make healthy choices. Join the gym, eat right, go for walks, and get enough sleep every night. Adopting a healthy lifestyle will help you stay more productive and achieve success. 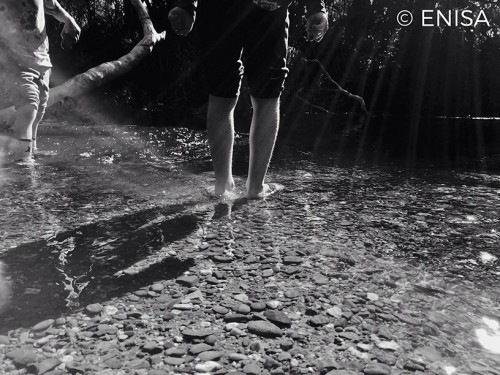 As I stood in the shallow pool of water, freeze-framed images of us dancing, laughing and splashing water like children played consistently in my minds eye.

Brookes’ happy laughter echoed with delight in my ears. This little gem of a place brought out that childish joy in her that made my heart bloom when I watched her face radiate and her cheeks pinken with pleasure.

I felt her presence, as real and as solid as if she stood beside me. Out of habit, I stretched out a hand to grasp hers, but the emptiness and lack of her warm palm hit me hard.

Has it only been six weeks? Six weeks sounds so short, yet it felt like an eternity. An eternity of hellish existence. Those dreaded words still rang in my heart and I still felt as shell-shocked as I had felt in the Oncologists office. Words like, ‘biopsy, chemotherapy, aggressive, incurable Cancer, metastasized’ and the worst of all ‘few weeks left’…changed our lives so drastically.

I stood there and in that shallow pool of water ‘the secret brook that Brooke loved’ for the first time, I allowed the hot tears to flow freely. I had had to stay strong and had not allowed her to see me cry.

Written in response to the FFAW photo prompt above. Thank you, Enisa, for the photo and PJ for hosting.

P.S. Priceless Joy, sorry for the late submission. I had auto-set it to publish yesterday but for some tech reasons, it didn’t go live.

For those who may be unable to make out the inscription on the photo:

I’ll write whenever I can. Sincerely Peter Beard 4141 Nairobi 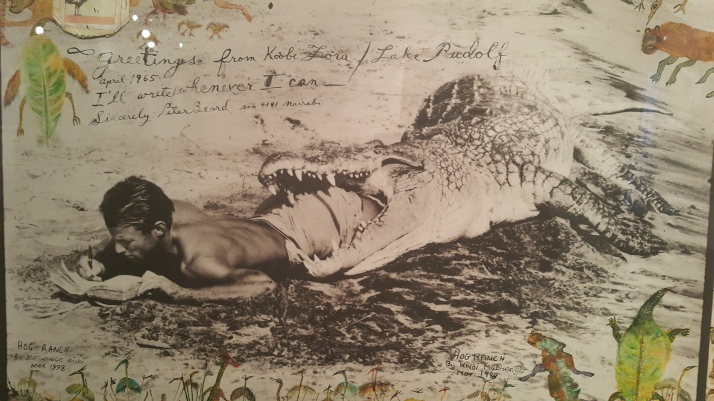 Mama counted the coins carefully and tied them in the old handkerchief which she always tucked into her thick cotton half-slip hidden under several layers of wrapper to keep them safe.

I sprinkled water on the freshly harvested pepper and pumpkin leaves, arranging them in the basket; their luscious healthy colour would attract the eyes of good buyers.

With ease, mama balanced the basket on her head, her headscarf formed a cradle and she set off to Orie Ozuda; she would walk tirelessly for miles and that basket would stay put.

‘Nwamaka my daughter, I hope today’s market day will be a good one and if I sell all my goods, tomorrow I will buy you that shoe for running that you’ve been asking for.’

‘Thank you, mama,‘ I replied with happiness ringing in my voice. I imagined my feet encased in the white canvas and I could hear the voices of my schoolmates cheering me on as I raced to the finish line; they always say that I run like 440.

Tomorrow never came. Mama never made it back. Her crushed body was brought back to the compound with her coins still carefully tucked under her half-slip. Nwamadi’s 440 car killed mama. I never ran again.

Run like 440 – a term used to emphasize how fast she ran.

Nwamaka – an Igbo name for a girl. It means beautiful child.

The world has gone so absolutely bonkers and reality TV-ish that just picking up the newspaper today and reading the latest story about President Trump is akin to picking up a political-thriller, which makes the world of reading novels worryingly redundant.

Okay, maybe that last statement was a stretch too far, but you kind of get the drift. It is what led Matthew Quirk to construct his wonderfully sculpted article.

Luckily, there has been the emergence of some new genres over recent years that could re-establish novels as the go-to medium when it comes to people wanting to escape. We have to warn you, though, some of these genres are totally bonkers, while others are proof that the human race will never be short of creative ideas.

If you have never heard of Bizarro Fiction, then the only way we can really describe it is, well, being totally weird for the sake of being totally weird. The aim of the game is basically to entertain the reader, but how the author gets to that stage is completely up to them and could see their literature delve into all things funny, gross, graphic, absurd or just madcap.

You may think this is totally niche and will never make it, but David Wong has totally proven that theory wrong. He even had one of his books made into a film. Crazy.

That is right, Literary Role Playing Games are a thing. It is kind of hard to wrap your head around at first because books in the LitRPG Reads genre tend to describe a protagonist’s adventure with the context of a computer game, meaning there are added mechanics like
experience points, stats and the chance to level up.

However, as mental as this sounds, the chance to read about different quests and see achievements is a great way to read about the adventure from a whole new standpoint.

Now you may be thinking that is just another genre that plays on all things punk – why wouldn’t you – but it is actually a genre that is based on the fantasy of manners.

Hear us out, but is basically the other side of the coin that is Steampunk. You see, Steampunk tends to focus on things like the weapons, tech and aesthetics of a particular age, whereas Mannerpunk prefers to focus on the etiquette, manners and social politeness of the era instead.

Of course, there is the punk element to it, in which its most famous title is probably Pride and Prejudice and Zombies, a real twist on the Jane Austen classic.

4. Last But Not Least, Microblogging Novels

With the rise of certain social media sites, namely Twitter and Facebook, the world of communication kind of got flipped and squashed and squeezed and altered.

A number of words we use when it comes to online communication became limited and that meant the ideas had to be made concise.

Well, this concept and approach has seen some authors create entire worlds, stories, plots and characters within the confines of these status boxes, known as Microblogging Novels. Say what you want, readers get the chance to read entire chapters the moment they are finished, which is cool.