Today, I’m thankful for a roof over my head and food on my table.

Trying to blog on my phone is a trying affair, to say the least. I haven’t sat down for more than a few minutes since I got to Lagos because I’ve got a lot to cover in just a few days. Lots of family and friends to see, laughter and gossip to catch up on.

I can’t believe how the days are flying past. I just boarded the plane how many hours ago on Sunday and now it’s Wednesday with only two more days to spend here.

I feel happy that I came and yet sad at the same time. Lagos is still my Lasgidi, though it seems as if things have been at a stand still with the poor government that has done its’ best to keep its people in poverty.

The wonderful thing about this place is the resilience of its’ people. The larger than life attitude towards life that they possess.

I am thankful for this opportunity to visit home once again. For family and good friends. For an epileptic light and internet service, bumpy, dusty roads 😉 it’s all good.

It is said that no one knows what tomorrow will bring and according to my people, we say that ‘tomorrow is pregnant and also backing a baby.’

Therefore, be wholly thankful for today that you have with you. There’s always something to be thankful for.

If you wish to participate in a gratitude challenge, there are several gratitude/thankful platforms in the blogosphere that you can tune into and get your ithankful going on. I can’t express in words the enormity of Joy and fulfillment that comes from having a heart of gratitude. Please check out Maria’s blog, Colline’s blog and Bernadette’s for thankful/gratitude challenges.

Where is home? For a lot of us, it’s easy to point to that parcel of land, with its building and the things inside that make it their home. For an unfortunate number, there’s no home, but under the elements, with their misshapen belongings and a shredded piece of carton as their bed.

For a good number of us who are sojourners in various lands, our home has come to mean more than our physical abode. In my opinion, one of the sides of having lived in 3 Continents at various points in my life is that each of these places captures a piece of your heart with its essence and represents home one way or the other.

Over the years, my homes have differed from country to country, I have had to shed material belongings over and over, but I have ultimately gathered beautiful experiences and memories on my path with my family.

Walking home after an evening’s stroll.

Sweet husband of mine,

You touch me in the depths of my being
in ways that I can’t sufficiently express.

The communion of body, mind, and soul
experienced with you by my side
always makes me know that I’m home.

Saying that I love you is so paltry;
I adore you and would be lost without you.

Jacqueline writes from her heart on passion, pain, suffering, loss and LIFE. I have been incredibly moved by her poetry and I know I will return to “Out of the Silent Breath” again and again.

Home lies in the beat of my heart.

Home lies in your loving arms

Home is wherever you are

Though I wander seas afar

You’ll always be on my mind.

In my days spent on Earth, my journey through life has taken me many times in so many directions, away from the shores of bricks and mortar that we called home.

From the Eastern part of my country in my childhood days, to the Western part as a young adult, I set up home in many places, but my heart lay in my parents abode.

That was the way it was until I got married and my heart expanded to accommodate some more.

In my years of matrimony, we have perambulated quite a bit. We have moved across countries and continents; from Africa to North America to Middle East and who knows where next.

In these years, I have consistently learnt to shed myself of material knick-knacks that may not make the cut during any move.

I appreciate creature comforts like other human, my cosy bed, the living room, kitchen and dining, but over these years of sojourning, I have learnt in truth, that bricks and mortar may make a house, but home are those who lie in it.

Be it a tent under the stars

Be it a caravan on the plains

Be it a mansion in a beautiful city

My home surely lies with you.

Feeling at home in Dubai

That was home in the background back in Houston and the mail box. Yes, it’s a cupcake 🙂

A part of the living room – Dubai

Christmas time with my favourite people

In response to Writing 101, Day 5: Let social media inspire you: 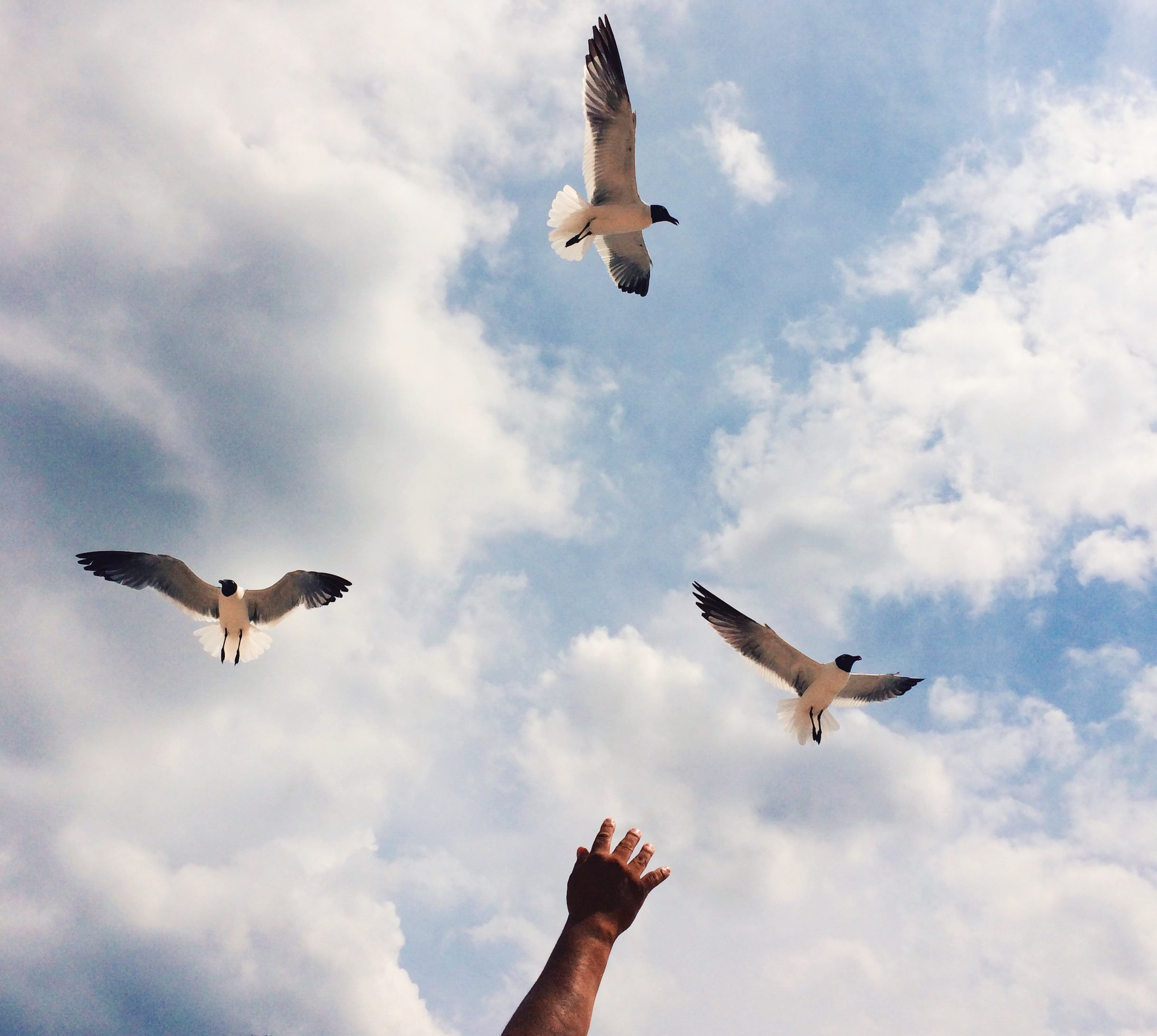 One of the goals of Writing 101 is to tap into new and unexpected places for post ideas. Today, let’s look to Twitter for inspiration. Don’t worry — you don’t need a Twitter account to participate in this prompt. Below, you’ll see five tweets: each tweet is interesting in its own way, and we hope one will elicit a response from you.

I chose to respond to all tweets:

My Response: To empty oneself each time, is no mean task.

My Response: Home is that feeling embedded within you.

My response: That shows the capacious nature of brain. It stores all the gems and junks.

My response: The more you procrastinate, the less the zeal.

My response: There is so much to learn. You never stop, until life stops.

Embrace her with every pleasure;

For she will give good measure;

Under all forms of pressure.

If I should tell you my secret;

Dragging down my spirit;

Just for a meal ticket.

To my heart, home is where you are;

Your warm embrace and distinct fragrance;

Pulls me in and gives me anchor;

From place to place;

Through seasons of time;

and the parade of many faces.

In response to Writing 101 Assignment 3: Prompts come in many different forms. Sometimes, a single word is all you need to get your mind’s wheels turning. Here are six words: Treasure, Regret, Home, Love, Uncertainty, Secret

The cool early morning breeze seemed soothing and refreshing, but Jen did not think so.

She was chilled to the bones. The night had been very cold with rain drizzles.

Her lightweight jacket and rucksack were barely enough barrier against the chill,

and the park bench was not made for a good night’s sleep.

She knew she could not linger for too long,

constant fear of being accosted by the groundskeeper,

kept her as uncomfortable as a colicky cat,

but she had no energy left to undertake yet another long trek,

to a county soup kitchen.

She had chosen this quieter place, to keep out of the way of the officers,

who diligently monitored the obvious public ones, and were quick to shoo you along.

She stared blankly into the lush green fields,

the early morning tweets of birds, reminded her of home,

of the birds that had built a nest in the old oak in the front-yard.

Her heady dreams of finding that pot of gold,

at the end of the ever elusive rainbow,

had tugged and pulled at her,

until she left her small hometown, to the city of fortune.

She could remember ma’s tears as she stubbornly sought her way.

Her cupboard had quickly run bare, her rent a history to be told,

items of value pawned at such an accelerated rate.

Still pride would not let go, nor a cry for help uttered home.

The intercessions were getting busier by the day,

Eyes silently pleading, in hope of a hand out.

She had grown tired of the pitiful stares,

Of the leers with suggestive looks on their faces,

Of the eyes that looked as if they had seen vermin or vomit.

She resolved to find a way to go home to ma,

At least a warm bed and food she would find.

Hunger pangs were gnawing her insides,

The sprouted dewy mushrooms glistened in the morning light,

Their toadstool shapes looked so pretty, clean, soft and edible.

Grandma gave us some of those, when I was a little girl she recalled,

but grandma forgot to educate the little girl,

that most times, those attractive ones, would surely pack a wicked punch.

She gorged from desperation, and drank from the water fountain,

Several hours later, she slept and was no more.

P.S. Remember to show compassion to the less privileged around you. You might very well be saving a life. 🙂 Thank you.