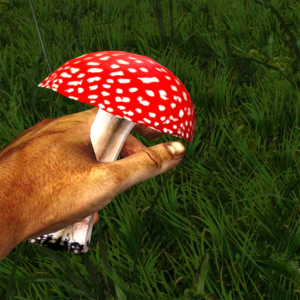 The cool early morning breeze seemed soothing and refreshing, but Jen did not think so.

She was chilled to the bones. The night had been very cold with rain drizzles.

Her lightweight jacket and rucksack were barely enough barrier against the chill,

and the park bench was not made for a good night’s sleep.

She knew she could not linger for too long,

constant fear of being accosted by the groundskeeper,

kept her as uncomfortable as a colicky cat,

but she had no energy left to undertake yet another long trek,

to a county soup kitchen.

She had chosen this quieter place, to keep out of the way of the officers,

who diligently monitored the obvious public ones, and were quick to shoo you along.

She stared blankly into the lush green fields,

the early morning tweets of birds, reminded her of home,

of the birds that had built a nest in the old oak in the front-yard.

Her heady dreams of finding that pot of gold,

at the end of the ever elusive rainbow,

had tugged and pulled at her,

until she left her small hometown, to the city of fortune.

She could remember ma’s tears as she stubbornly sought her way.

Her cupboard had quickly run bare, her rent a history to be told,

items of value pawned at such an accelerated rate.

Still pride would not let go, nor a cry for help uttered home.

The intercessions were getting busier by the day,

Eyes silently pleading, in hope of a hand out.

She had grown tired of the pitiful stares,

Of the leers with suggestive looks on their faces,

Of the eyes that looked as if they had seen vermin or vomit.

She resolved to find a way to go home to ma,

At least a warm bed and food she would find.

Hunger pangs were gnawing her insides,

The sprouted dewy mushrooms glistened in the morning light,

Their toadstool shapes looked so pretty, clean, soft and edible.

Grandma gave us some of those, when I was a little girl she recalled,

but grandma forgot to educate the little girl,

that most times, those attractive ones, would surely pack a wicked punch.

She gorged from desperation, and drank from the water fountain,

Several hours later, she slept and was no more.

P.S. Remember to show compassion to the less privileged around you. You might very well be saving a life. 🙂 Thank you.

7 thoughts on “Some Edible Mushroom…”

Follow a cooking pot and twisted tales on WordPress.com
Join 5,869 other subscribers