So, have you joined us in the broken resolution club yet? If you haven’t, good for you and if you have, welcome to this club where some of us are experts in this field of resolution breaking. 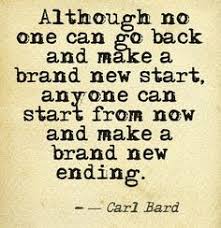 But here, we don’t believe in throwing a self-chastising pity party. Nah!

Most people embrace the start of a new year armed with a list of resolutions that stretch from Jerusalem to Jericho and enough enthusiasm to float a battleship, but by the time January hits the third week, a good length of these decisions become neglected, the gym becomes noticeably less crowded, the usual excuses set in that by mid-year, most of the aspirations are literally left in the dust.

The truth is that it’s definitely tough to keep up with these resolutions, however, the reality is that most times we equally set ourselves up for failure right from the get-go because half of the time, we underestimate the effort that staying on course requires, we overlook the fluctuations in our motivation and self-control while we overestimate our abilities .

Since the Auld Lang Syne wine has long left our bloodstream and the euphoria of a new year, new me has worn out, now is the time to cut yourself some slack with the chastising and to press that reset button to give yourself a new opportunity. Give yourself permission to redo things and maybe more sensibly this time. Naturally, when you set more realistic goals with modest expectations, you are far likelier to achieve success.

Don’t forget that self-reflection and development happens all year round and it’s not restricted to any date on the calendar. So, you’ve got this. Pace yourself and set bite-sized achievable goals that will give you that sense of accomplishment and even act as a catalyst to push higher.

Continue your year with a simple gift for yourself – be nicer to you and perhaps your top goal for this year should be to live each day with love and wisdom.

If you are feeling overwhelmed, permit yourself to pause, take deep calming breaths and focus on working out the thing that really matters most at that point in time. Jacqueline

Sometimes hurting sits like a heavy rock that sinks your spirit,

sometimes despair runs so deep that it seems bottomless,

sometimes giving up becomes a relief that beckons so softly;

Those times when life has become such trying tedium,

that getting through each day seems an untold hardship,

I hate to offer platitudes that this too shall pass,

but my soul whisper to yours, don’t you ever give up!

the encouragement that I give you, I give to myself,

we are all the same balancing our struggles on this journey called life.

Don’t give up on today, you have no idea what tomorrow has to offer. Just wait and see

There’s nothing better than being a writer, other than a writer who has actually managed to finish writing a book! That’s an achievement in itself. But as you’re probably already aware, this is only the beginning of the journey of your book (and hopefully your writing career!).

If you want your book to be read by people other than your close friends and family, you’re going to have to do more than type ‘The End’ in your novel.

You think you’ve finished your book, but you haven’t. Even if it’s been through several rounds of drafts already, there’s at least one edit you can do! There always is.

Go through it and be as critical as you can be; even if you end up trimming fifty pages, it’ll be worth it if your book is as strong as possible. But remember: there is such a thing as spending too long on a book. Being thorough is fine, but being obsessed is not!

Unless your novel has a title and cover that instantly draws people in (they’re rare but do happen!), you’re going to have to build an audience for your book before it’s launched. This will involve being an active social media user, following like-minded people, and try to become part of a community interested in the genre of books you’re planning to publish.

As well as social media, you should also have your own website and blog, where you’ll be posting snippets from your book, as well as giving ‘behind the scenes’ insights into the process of writing and publishing. The more people who read your blog, the more chance you’ll have of selling copies to as many people as possible.

When it comes to finalizing the book, you’ll need to think about which avenues you want to sell it through. There are many good websites out there that allow self-published authors offer their book to an audience.

You’ll also want to have your book printer, regardless of whether you plan to sell it in a hard copy form or only digital; book printing is inexpensive, gives your book a professional look, and is useful for sending out to websites in exchange for a review. Also, it just looks pretty darn cool to have a copy of your own book just sitting there on your bookshelf!

When the book is out there, don’t sit back and hope for a surprise runaway success; be proactive. Send books out in exchange for an honest review, try to arrange interviews for websites (and local media if you think they’d be responsive), and make sure you’re making regular social media posts about it.

And onto the Next One

You won’t have gotten into the self-publishing game just for this one book. You’re in it for the long haul. While you’re promoting your present book, keep an eye out for ideas about your next book, and start writing as soon as you can.

Recently, I had a chat with a friend and we spoke about passion. Since we had that chat, I have been mulling over bits and pieces of our conversation and chewing on the fat of things.

During our chat, she did not out-rightly deride my passion about writing and public speaking, but in her opinion, she thinks that it should be classified as a hobby, since I was not yet making pots of money from either.

In her eyes, I was not yet a serious writer because there is no World acclaimed bestseller title under my belt.

As far as she is concerned, I am writing just for the pleasure of writing. At this point I had my tongue in my cheek trying to rein myself in from saying the first thought that fleeted through my mind, which was @#$#$%$##%!

Calmly, I asked her how much pleasure she was deriving from her work?

If she was that ecstatic about it, why is it that she moans over her job every time we speak, wishing she had the funds to take a bold step away from the rat race bandwagon.

She had wished over a 1,000 times that she had the guts to pursue her desires to own an events management outfit, but like I had equally given myself the leeway of excuses in the past, she had a million reasons why she couldn’t get started in that direction.

I asked her what her plans were in the immediate, interim and long term, towards achieving her goal, but to my surprise, she had made absolutely no concrete plans in the realization of her dreams.

….And she calls me a dreamer!

Her hope is that tomorrow will come armed with all that she would require to achieve her dreams and build her castles in the passing wind.

I told her that ”Tomorrow will never come if we don’t get hold of today!”

I now cheekily told her that I am absolutely pleased with what I am doing at the moment and though I did not give her a detailed breakdown, I drew a sketchy idea of my writing prospects and aspirations which I believe will come to pass even if it delays.

In the meantime, I told her that I was willing to make certain sacrifices to achieve my dreams, since I had also learnt that some of the material expenses which we load on ourselves were absolutely unnecessary. We can live very well without some of these things for as long as is necessary.

I have heard tales and jokes of hungry artists/writers. I have heard about all the hard mental work endured for passion in return of peanuts.

…Then again, I have heard and have experienced first hand, the irrefutable, bone deep pleasure that a true writer derives from answering their call and I then realize the true meaning of the morbid African proverb which says that”we cannot because of the fear of death avoid going to war, if that war means that we get to live the life that we deserve.”

In some ways, she was right that I am not yet making anything out of my vision and dreams.

Now, it is time to write the vision, take the vision and run with it.