Our nerves are stretched and frayed
And yes, we champ at our bits by it all
At the spate of hateful and violent attacks
Rocking the World to minutes of silence
…and viral hashtags

How can we condone this?
How can we continue like this?
What kind of horrible lives these people must live.
To harbour souls so embittered?
…and nerves made of steel.

Complete sensitivity is lost to other peoples’ lives
There are hardly words to explain such horror
And the damage that hate can do
As yet again, we are shocked from lulled senses
…and all I ask is when? When will it come to an end? 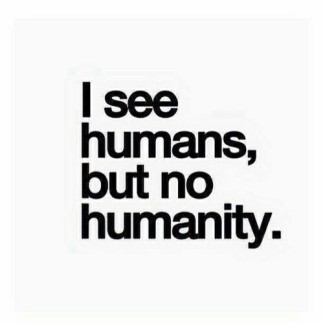 No I am not a masochist. I don’t derive gratification from self inflicted pain, it is simply the desire to watch what goes on in an ever changing World of today, hence my torturing myself with today’s news.

Today is 81115 and my eyes are pulled to the television. I gravitate to the headline news, since I don’t have all the time to sit before the TV for endless hours, I pick and choose my moments.

Watching the memorial service for the 224 unfortunate lost souls on Metro-jet from Sharm el sheikh to Russia has been a sobering and solemn experience.

I don’t know anybody among them and I don’t have to know anyone of them to imagine the pain of the families affected.

These were ordinary humans like you and I, blown to smithereens. Little children, wives, husbands, sons, daughters, relatives, friends, sweethearts, colleagues…..HUMANS!

I watched the stricken faces of the Russian citizens, the bell tolled 224 times for these possible victims of a dastardly act of fanaticism.

Terrorists have staked claim of responsibility for planting the bomb that blew the plane apart.

Who can explain this despicable beast of destruction that has given rise to so much inhumanity?

Who can explain why the heart of some humans are desperately wicked?

Who can explain the senseless violence and killing which seems to dot every perimeter of today’s horizon.

Who can explain the raging wars that tears Nations apart, decimating and displacing its citizenry?

Who can explain these virulent dogmas of hatred sown in the name of convoluted religions?

Is there an answer anyone?

If it is true that it was an undetected bomb, then this is the new ugly face of travel, which would really be a dilemma and game changer.

“The days are indeed numbered.” ”Each day a precious taste of sweet nectar.”

What’s the date today? Write it down, remove all dashes and slashes, and write a post that mentions that number.