The world has gone so absolutely bonkers and reality TV-ish that just picking up the newspaper today and reading the latest story about President Trump is akin to picking up a political-thriller, which makes the world of reading novels worryingly redundant.

Okay, maybe that last statement was a stretch too far, but you kind of get the drift. It is what led Matthew Quirk to construct his wonderfully sculpted article.

Luckily, there has been the emergence of some new genres over recent years that could re-establish novels as the go-to medium when it comes to people wanting to escape. We have to warn you, though, some of these genres are totally bonkers, while others are proof that the human race will never be short of creative ideas. 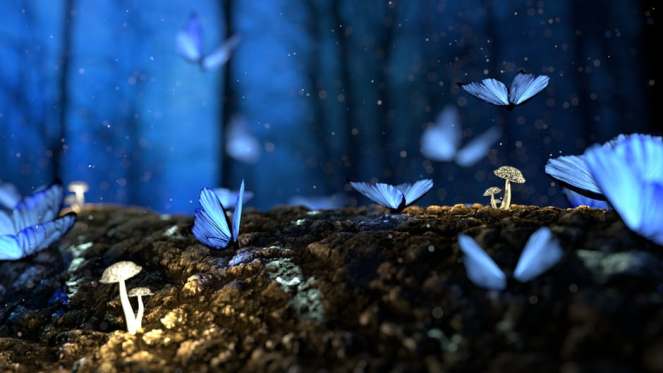 If you have never heard of Bizarro Fiction, then the only way we can really describe it is, well, being totally weird for the sake of being totally weird. The aim of the game is basically to entertain the reader, but how the author gets to that stage is completely up to them and could see their literature delve into all things funny, gross, graphic, absurd or just madcap.

You may think this is totally niche and will never make it, but David Wong has totally proven that theory wrong. He even had one of his books made into a film. Crazy.

That is right, Literary Role Playing Games are a thing. It is kind of hard to wrap your head around at first because books in the LitRPG Reads genre tend to describe a protagonist’s adventure with the context of a computer game, meaning there are added mechanics like
experience points, stats and the chance to level up.

However, as mental as this sounds, the chance to read about different quests and see achievements is a great way to read about the adventure from a whole new standpoint.

Now you may be thinking that is just another genre that plays on all things punk – why wouldn’t you – but it is actually a genre that is based on the fantasy of manners.

Hear us out, but is basically the other side of the coin that is Steampunk. You see, Steampunk tends to focus on things like the weapons, tech and aesthetics of a particular age, whereas Mannerpunk prefers to focus on the etiquette, manners and social politeness of the era instead.

Of course, there is the punk element to it, in which its most famous title is probably Pride and Prejudice and Zombies, a real twist on the Jane Austen classic.

4. Last But Not Least, Microblogging Novels

With the rise of certain social media sites, namely Twitter and Facebook, the world of communication kind of got flipped and squashed and squeezed and altered.

A number of words we use when it comes to online communication became limited and that meant the ideas had to be made concise.

Well, this concept and approach has seen some authors create entire worlds, stories, plots and characters within the confines of these status boxes, known as Microblogging Novels. Say what you want, readers get the chance to read entire chapters the moment they are finished, which is cool.

8 thoughts on “4 Genres You Have Never Heard Of, But Promise To Be Entertaining”

Follow a cooking pot and twisted tales on WordPress.com
Join 5,870 other followers