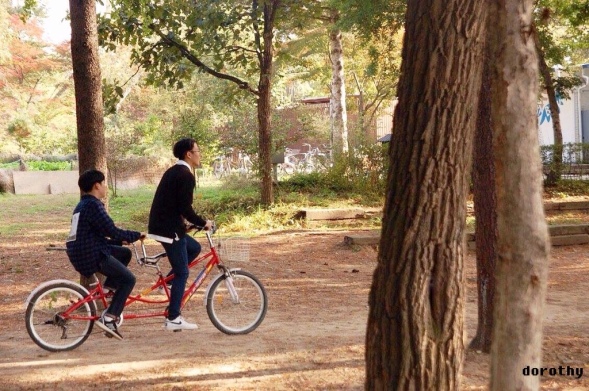 Little stabs of jealousy struck Cody as he stood at the corner and watched Josh and Sam cycle their latest acquisition around the neighbourhood park with such glee,

He envied how they always got the latest and best toys and momentarily, he felt sad and angry that poverty kept his mama from buying any of such things for him. He was tired of their scrounging for food, for hand-me-downs and their broken television.

From past experience, he knew not to ask them if he could join them because they would only laugh and make fun of him. Last time when they were flying a kite and he came closer to watch, Sam made fun of his ill-fitting clothes and oversized trainers and he had walked away red in the face and ashamed.

He really wanted to fit in and he was tired of feeling out of place, but what could a ten-year old do? Maybe if his dad hadn’t died, they wouldn’t be so poor with his mother juggling several jobs. He hoped mama was right in saying that things would get better some day.

Thank you, Dorothy, for the photo prompt and PJ for hosting.

Follow a cooking pot and twisted tales on WordPress.com
Join 5,873 other followers