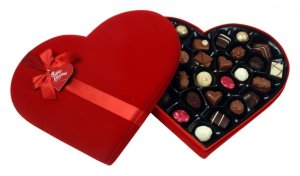 In shocked disbelief, I stared at the face on the boxed inset on TV. The headline news was making its evening rounds again on the local news channel. They had shown her in the morning, but as I rushed around for my morning engagements, I had glanced with vague interest at the strangely familiar face without recognition; but now, it was all coming back to me.

It was a couple of days to Valentine and I was growing heartsick and overdosed from seeing all the love shaped hearts stuck on store windows, the heart shaped chocolates, the balloons and cakes, the little teddies with their sugary messages, lovers making moon eyes at each other, even all the television channels seemed to be peddling the same syrupy valentine messages. I felt like the loneliest person on planet Earth. I was just getting over a broken passion and part of my therapy was to venture often to the Starbucks cafe tucked inside Barnes and Nobles where I immersed myself in strong cups of coffee, or chocolate brew coupled with decadent slices of double chocolate cup cakes whilst flipping through the pages of a romance where everything always ended with happy forever afters.

That day was nondescript and I couldn’t wait to get to B & N after my shift for my new found dose of romance in the pages of a book. I was starting a raunchy book by Lorelei James and I needed to see if it would be worthwhile buying it. It would serve as my pick me up over the valentine weekend with a nice tub of Ben and Jerry’s ice-cream and my very own box of sinful chocolate eclairs.

I got to the cafe and to my delight the comfy armchair in the corner was vacant. I quickly established ownership by putting my bag on it before placing my order for a caramel macchiato and cheese cake. I fetched the book, exhaled to let off pent up steam from a busy but uninteresting day and settled down to some sensory delight.

About half an hour later, they walked in. I did not pay much mind to them initially, I just gave a cursory glance. I thought they were passers-by and only took serious notice when they finished their purchase and chose to seat a little distance away, yet in my direct view.

The gentleman was just above average height and would not necessarily be referred to as handsome. He looked quite ordinary with his semi-bald hair, dressed in a black woolly pullover over a deep navy jeans, blue tennis shoes and an ear glinting with a tiny stud earring. Still, he had a well-bred, well put together look, imposing in an unobtrusive way.

His companions, the two ladies were complete opposites. One had raven black shoulder length hair and was quite slim and tall. She was sensibly dressed in a cream top and black pencil skirt, with her glasses perched on her nose. Her looks were as plain as an ordinary day – but she had exceptional red painted full bee stung lips which stood out in such stark contrast with her appearance.

Now the second lady with her golden toned skin, her layers of highlighted blond locks, and a well made up face with kohl lined eyes, was a head turner. She had a fuller face and a curvy body that exuded strength and gracefulness simultaneously . Not your typical description of beautiful, but magnetism oozed from her pores. From her droopy ecru sequined top worn over fitted jeans, to her expensive looking coach shoulder bag, nice brown high-heeled boots and the Burberry striped scarf carelessly slung around her neck, she spelt class.

After my sleuth-like observation, I turned back to my reading, but their soft talk and giggles kept pulling at my attention. The golden toned ladies dark eyes glinted with naughtiness as she threw her head back in a throaty laugh. They shared chocolate bars, nibbling often from each others fingers. A fleeting touch here and there, which to a non-discerning observer would have appeared innocent. However, from my vantage sitting point in the corner, I could see their footsie play going on under the round table they occupied, and the flexing grips of both ladies hands on the mans thighs now and again.

My ears strained to catch a glimpse of their conversation but their voices were low and did not carry far, yet their discussion was interjected ever so often with a throaty giggle and a sigh.

I tried to mind what I was reading but my voyeuristic senses had been stirred. I took discreet peeks at their shenanigans, uncomfortable at such an open display of questionable affection. I did not try to rationalize their open display. It was valentines day tomorrow and who knows?

Eons later, after liberal shares of bites and sips, and a lingering kiss planted on the gentleman’s lips by the lady with the golden tone, they got up to leave. Just as they were exiting the entrance, I watched as the gentleman gently squeezed the bum of the lady in pencil skirt and glasses.

My question as to the nature of their friendship was halfway answered, yet I wondered….

Now, right in front of my eyes, on the screen of my 32″ Samsung TV, the lady with the golden tone has just become the body bundled in a blanket and dumped on a beach in Galveston. Cause of death; asphyxiation from strangling.

Within me, I knew that I had some vital information, but I struggled with the decision of getting involved in a possible murder case. My imagination went into overdrive and all sorts of monsters started hiding in my closet.

After a nightmare ridden sleep of seeing the woman’s beguiling eyes, I picked up the phone and called the police.