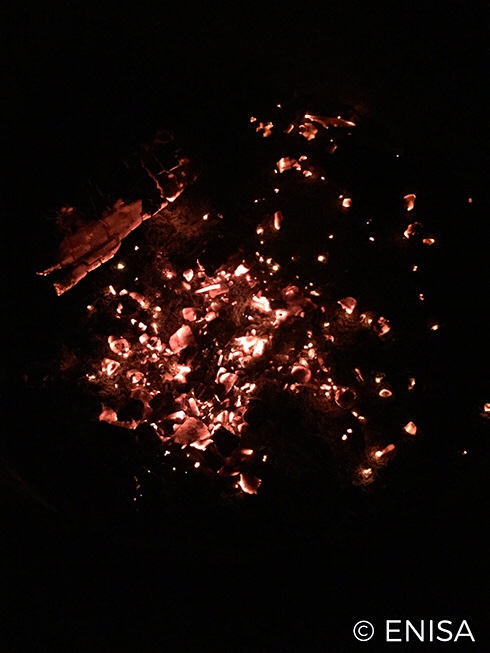 From the confines of the van, they watched as the embers spat, crackled and popped furiously.

‘Do you think they will ever find out?’

‘Except someone tells them and I expect you have no such plans,’ the veiled threat in Vladimir’s words barely concealed.

His pale blue eyes shone with satisfaction in the darkly lit van. The mission has been successful. All the evidence has either been eliminated or burnt to cinders.

‘Of course not,’ Helmut quickly replied. He pulled his cloak a bit tighter and took a long sip from a small bottle of Vodka,  the warmth of the fiery liquid unable to stop the frisson of chill he had within. He knew his days were numbered.

Written in response to the FFAW photo prompt above. Thank you, Enisa for the photo and PJ for hosting.